The Gift Of God Is Eternal Life! 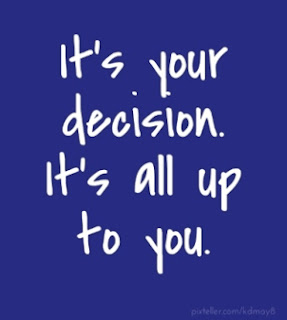 THE WAGES OF SIN IS DEATH BUT THE GIFT OF GOD IS ETERNAL LIFE!

Romans 6:22-23 (NIV) says “But now that you have been set free from sin and have become slaves of God, the benefit you reap leads to holiness, and the result is eternal life. For the wages of sin is death, but the gift of God is eternal life in Christ Jesus our Lord.”

It is impossible to be neutral. Every person has a master – either sin or God. A Christian is not someone who cannot sin, but someone who is no longer a slave to sin. He or she belongs to God.

During your lifetime, you are free to choose between sin or God, but you are not free to manipulate the consequences of your choice. Each of these two masters pays with his own kind of wages.

THE WAGES (PAYOFF) OF SIN IS DEATH!

This is all you can expect or hope for if you live your life without God.

THE GIFT OF GOD IS ETERNAL LIFE!

You can have a new life with God that begins here on earth and continues forever with God in Heaven.

Ephesians 2:8-9 (NIV) says “For it is by grace you have been saved, through faith—and this is not from yourselves, it is the gift of God—not by works, so that no one can boast.”

When someone gives you a gift, do you say “That’s very nice – now how much do I owe you?” No, the appropriate response to a gift is “Thank You.”

Eternal life is a free gift from God. Since it is a gift, then it is not something that we can earn or buy, nor something that must be paid back. We become Christians through God’s unmerited grace, not as the result of any effort, ability, intelligent choice, or act of service on our part.

Yet many Christians, even after they have received the gift of salvation, feel obligated to try to work their way to God. This is not God’s intention! God’s intention is that our salvation will result in us desiring to serve others with kindness, love and gentleness.

Because our salvation and even our faith are free gifts, we should respond with gratitude, praise, and joy. We are not saved merely for our own benefit but to serve Christ and help build the Kingdom of God.

WHAT CHOICE HAVE YOU MADE?

Have you chosen to reject God’s free gift of salvation and to continue serving sin as your master with the end result of death?

Have you chosen eternal life with God that begins here on earth and continues forever with God in Heaven?

IT’S YOUR DECISION. IT’S ALL UP TO YOU!

If you have not accepted God’s free gift of salvation, we encourage you to do so. Don’t wait – do it today! By ourselves, we are not worthy to go to Heaven. But, God loved us and counted us worthy enough to die for us and offered us the way to Heaven – if we accept it. To learn more, please see “God’s Free Gift”.

The Death Of Common Sense In America. 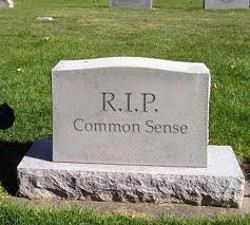 Note: This is an Americanized Version of an article that was originally published in the London Times.  Because of what is currently happening in America, we decided to republish it.

No one really knows how old Common Sense was when he died in America.

When a teacher is fired because she responded to an unruly student – an undisciplined student who was trying to take over her class. Common Sense lost ground in his fight for survival when the parents began attacking the school teacher for doing the job that the parents were supposed to do.

When parents fail to discipline their rebellious children at home, they send rebels to school and expect missionaries to come home. This won't happen. If you send a rebel to school at eight o'clock, he or she will still be a brat when they come home at three o'clock.

When schools were required to get parents consent to give an aspirin to a student but the school could not inform the parent if their child was pregnant and being driven to the Planned Parenthood place to get an abortion. Think of the absurdity of this! But, this is happening in America.

When military chaplains were ordered to remove all signs of the cross and children's toys and public restrooms were declared neutral gender.

COMMON SENSE TAKES A TURN FOR THE WORSE

When churches stopped preaching the Word of God and became coffee shops for Gospel Hippies, criminals received better treatment than their victims, and you could no longer defend yourself from a burglar in your own home without the fear of being charged with a felony and imprisoned.

COMMON SENSE TAKES ANOTHER TURN FOR THE WORSE

When the Supreme Court declared that the marriage between men and men or two women is now the law of the land and is legal nationwide. This is a violation of the Word of God to the core. We have lost our minds!

When it was revealed that Planned Parenthood was selling the body parts of aborted babies for a profit and very few people were outraged.

COMMON SENSE WAS PRECEDED IN DEATH BY

COMMON SENSE IS SURVIVED IN AMERICA BY

His five step-children whose names are:

THIS IS WHERE AMERICA IS TODAY

Concepts like the above couldn't possibly come out of Washington, D.C. where they are busy losing IRS documents is space. You lose yours – you better find them! But they can't find theirs.

They can't find 34,000 emails that have been erased from Hillary Clinton's private server making it impossible for the State Department to track the actions of the Secretary of State. And, of course, there is no smoking gun when the evidence has been destroyed.

Our Southern Border is wide open to terrorists, rapists, and murderers and none of our current politicians are willing to do anything about it because they are more concerned about losing votes than protecting American citizens.

And now, Fox News has broken the story that America has sold 25% of its Uranium – Uranium which is used to make Nuclear Bombs – to Russia and Russia supports Iran who is trying to build a Nuclear Bomb. Iran who has stated that they will wipe Israel off the face of the map and all Americans should die.

In the future, History could record that a nuclear bomb was dropped on Israel or a nuclear suitcase bomb was delivered on Los Angeles or New York City and killed millions of people.

Could it be possible that these bombs were made with the Uranium that came out of America and went to Russia and then to Iran and the millions of dollars to pay for it wound up in the pockets of American Politicians?

Common Sense in America is not dying – it's completely dead and moral insanity reigns! The truth is a lie, the prophet is a liar, and the world is upside down.

WAKE UP, AMERICA – WE'RE GOING IN THE WRONG DIRECTION!

OUR NOTE: WE THANK GOD:

As a result, we now have a new president-elect who has promised to correct a lot of the above problems that are destroying our nation and to resurrect (bring back to life) "Common Sense" throughout our land.

1 Timothy 2:1-4 (NIV) says “I urge, then, first of all, that petitions, prayers, intercession and thanksgiving be made for all people—for kings and all those in authority, that we may live peaceful and quiet lives in all godliness and holiness. This is good, and pleases God our Savior, who wants all people to be saved and to come to a knowledge of the truth.

2 Chronicles 7:14 (NIV) says “If my people, who are called by my name, will humble themselves and pray and seek my face and turn from their wicked ways, then I will hear from heaven, and I will forgive their sin and will heal their land.”

As Christians, Our Job Is Not Finished.

PLEASE PRAY FOR THE FOLLOWING:

I Met My Master Face To Face!

Note: We received the following in an email and thought its message was powerful and worth sharing. Unfortunately, the author is unknown. 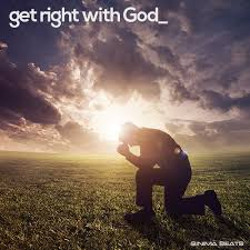 I had walked life's path with an easy tread, Had followed where comfort and pleasure led; And then by chance in a quiet place I met my Master face to face.

With station and rank and wealth for goal, Much thought for body but none for soul, I had entered to win this life's mad race - When I met my Master face to face.

I had built my castles, reared them high, Till their towers had pierced the blue of the sky; I had sworn to rule with an iron mace When I met my Master face to face.

I met Him and knew Him, and blushed to see That His eyes full of sorrow were fixed on me; And I faltered, and fell at His feet that day While my castles vanished and melted away.

Melted and vanished; and in their place I saw naught else but my Master's face; And I cried aloud: "Oh, make me meet To follow the marks of Thy wounded feet."

My thought is now for the souls of men; I have lost my life to find it again Ever since alone in that holy place My Master and I stood face to face.

Our Note: Are you right with God? If not, we encourage you to do so. Don’t wait – do it today! By ourselves, we are not worthy to go to Heaven. But, God loved us and counted us worthy enough to die for us and offered us the way to Heaven – if we accept it. Please see “God’s Free Gift”.